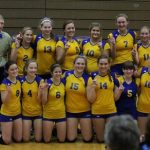 The Chemic Volleyball team defeated Dow three games to one in the district championship held at Bay City Central this afternoon. Score of the games were, 25-23, 23-25, 25-20, 25-23.  The tight contest featured some terrific rallies, diving saves, and hustle.  The team was led by Tori Blake who tallied 24 kills, while Taylor Robertson 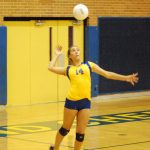 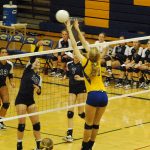 For varsity volleyball players Tori Blake, Mallory Rajewski, and Taylor Robertson, volleyball is a way of life. They travel all over the country playing in tournaments and dedicate hours of their time every day to improve their skills. Now all of the hard work that these players have put in is playing off as they 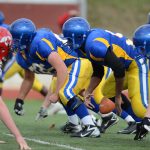 Got a friend or family member who can’t make it to the big football game Friday?  They can keep up with all the action on the Prep Zone on www.foxsportsdetroit.com. Traverse City Central at Midland is just one of four games you can watch live online this week.  Follow the playoffs to Ford Field 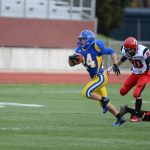 The Chemic Football team advanced in the MHSAA division II playoffs to the district championship by defeating the visiting Redmen from Marquette by a score of 42-7 on Saturday afternoon. Travis Patten scored three touchdowns for Midland on runs of 44, 23.  Alec Johnson ran in a Touchdown himself and had one TD pass to 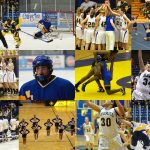 Fall sports are wrapping up and the Winter season is ready to start.  Those interested in participating need to have an athletic physical on file in the MHS athletic office before they can try out.  Below is schedule of first try out days and times for this winter.  Contact the head coach in each sport 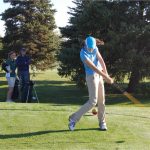 Amanda Walsh shot an 85 and 86 in the Division I MHSAA state girls golf tournament this weekend. Amanda competed at MSU’s Forest Akers East Golf Course on Friday and Saturday.  This was Amanda’s 2nd time at States.  She finished 23rd overall, but had the 4th best score of the 15 golfers qualifying as individuals. 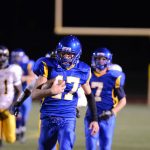 The 9-0 Midland High varsity football team will host 5-3 Marquette in the first round of the MHSAA Division II playoffs on Saturday, October 27th at 1:00 at Midland Community Stadium.  Traverse City Central will host Bay City Western in the other half of the Region 1 District bracket. Click below for complete Division II 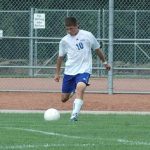 The Chemic soccer team dropped a tough match with Traverse City Central on Saturday in the District Championship by a score of 1-0. Midland managed just one corner kick and two shots on goal in the effort against a very tough Trojan defense. Midland ends its season with a 17-3-2 record.