Junior Daniel Berg and Sophomore Cole Schelb qualified for the MHSAA division one individual wrestling tournament to be held at the Wings Event Center in Kalamazoo on April 3rd.  This is the first time each has qualified for the state tournament.  Berg qualified by finishing 4th in the regional at the 130lb weight class.  Schelb finished the regional in 3rd place at the 140lb class.

Head Coach Michael Donovan profiled each wrestler ahead of the tournament.

Daniel is a kid who’s character is even better than his GPA, which is really high. He’s a prime example of what happens in the midland program when you work hard, when you allow yourself to be coached, and when you buy in completely with a growth mindset. Daniel had a losing record and did not get out of the first round of districts 2 years ago and now he is forever cemented as a state qualifier.
He’s a team first guy and has wrestled 4 different weight classes for us this year. He doesn’t have much obvious athletic ability and will never strike fear in any opponent by taking his warm ups off. He probably leads the state in times his opponents  have come off the mat sobbing saying “I can’t believe I lost to THAT kid.”  What Daniel does have is a fierce competitive spirit. He takes the match to his opponents every time out from the first whistle to the last and wears them out. He is stingy and wrestles through every position. He’s very hard to score on and takes advantage of everyone else’s mistakes. Thanks to his cross country background and his work ethic, Daniel also has an unmatched gas tank. He’s a testament to what this program can make those who stick with the sport.
Coach Donovan on Cole Schelb:
Cole has been highly regarded almost his entire life. One of the most accomplished wrestlers before high school coming into high school, Cole has not missed a beat at the varsity level and cemented his role by qualifying for the state meet as a sophmore, something less than 5 wrestlers at midland have ever done.
While we don’t focus on wins and losses, if there’s anyone who hates losing more than anyone it is Cole Schelb. He puts 100% into every match and his aggressiveness is off the charts. He was a match away from state last year and used that as motivation coming into the post season.
This season he has shown more discipline and the results speak for themselves. We are proud of Cole and think he has a strong chance to show the state what he’s made of. If you’re not prepared to go to battle, don’t step on the mat with Cole Schelb.

Daniel and Cole shared their thoughts entering the tournament here. 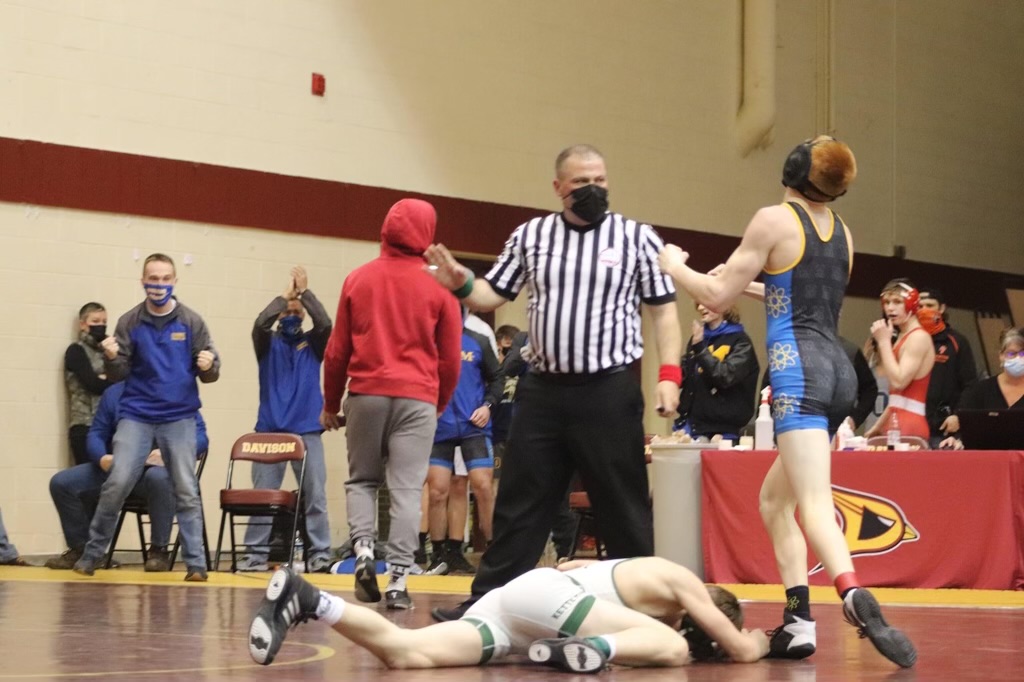 Q1. This has been a tough wrestling season with a delay in the start, online school, virtual wrestling practices, covid testing, etc.  Does earning an appearance in the state finals make it all worth it?

Daniel Berg: Just being able to compete back in February made it worth it.  For the longest time I didn’t think I’d have a season, and even after the season started there was always the chance that we wouldn’t be able to finish. I’m grateful that I had the opportunity to compete in the postseason.
Q2. Your brother Lucas, joined the Chemic wrestling program as a 9th grader this season.  What is it like having a brother as a teammate?
DB: During practice, we had almost no contact with each other since he is a few weight classes below me.  During meets though, it was almost like I had two matches per meet.  I would always pause my warmup so I could watch Lucas wrestle and yell out advise.  It will be a lot of fun watching him next year at all the individual tournaments.
Q3. You qualified for the state cross country meet this fall.  How will that experience impact your approach to the state wrestling meet?
DB: The environment at the cross country state meet was a little overwhelming, seeing that we warmed up and started on the infield of the Michigan International Speedway.  Although we’re not at Ford Field this year at wrestling, I still think the environment will still be energetic and larger than life.  Now that I know what it feels like to compete in this situation, I think I’ll be prepared to wrestle on this big stage.
Q4.  To what are you most looking forward at the wrestling finals this weekend?
DB: I’m excited to be able to experience the outstanding wrestling that will be happening at the largest meet of the year.  At the XC states there were only two races, one of which I was a part of, but at the wrestling finals I’ll be able to watch some of the best wrestlers in the country the entire day.  I’m excited just to be here, and I’m excited to see what I can do against these amazing wrestlers. 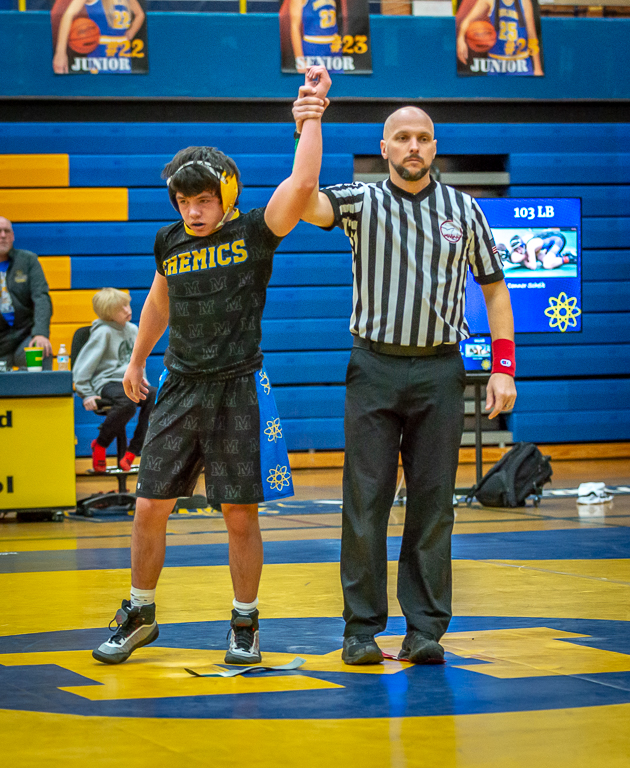 Q1. This has been a tough wrestling season with a delay in the start, online school, virtual wrestling practices, covid testing, etc.  Does earning an appearance in the state finals make it all worth it?

Cole Schelb: This year has been definitely challenging with everything around COVID. The uncertainties have left me feeling more stressed not knowing if we are going to get to wrestle or play sports. We started our season off with practice virtually which helped keep me focused on getting started. The COVID testing is not a big deal but it does leave you wondering if anyone is going to test positive or not or if I will get to wrestle. Being close contact for 10 days left me out of an already shortened season with missing 10 matches. During this time at home, I had to stay focused if I wanted to make it further than districts. I worked out everyday and tried to eat healthy. There were many times I had to remind myself that I needed to stay focused on my goal of making it to States this year. I came up shy in the blood round last year and wanted the opportunity to prove to myself that I deserve to be there this year. It has been a challenge for all of us wrestlers during these times and I think it is an honor to make it to the D1 Wrestling State Finals.

Q2. Your older brother (Senior, Connor) was a state qualifier last year and was just a win away from repeating in 2021.  Has he given you any advice on your first trip?

CS:  My brother and I have wrestled since we were 4 and 5 years old together and we help coach each other every match. Connor’s advice to me was that I needed to keep calm and to do me.

Q3. You are also a member of the Chemic soccer team.  What skills do you see transferring from the soccer pitch to the wrestling mat?

CS:  Every sport I do correlates in some way with strength and endurance. Soccer has really helped keep my endurance up for wrestling.

Q4.  To what are you most looking forward at the wrestling finals this weekend?

CS: I’m looking forward to being able to wrestle with the best kids in the state of Michigan. I am looking forward to getting my mind and health ready to be able to compete at my highest level. I have always looked forward to making it to the Palace or Ford Field one day and unfortunately due to COVID it is at K Wings Event Center in Kalamazoo which I have wrestled at many times in the past. This gives me more motivation to hopefully make it again in the future at one of these locations in the future. I am going to take in the experience and enjoy the moments as I am very fortunate to have the opportunity to make it to the State Wrestling Finals to represent Midland Chemics.