Midland High School announces 15 athletes from the class of 2020 who will be joining other Chemics at the College Level  who have been offered and have accepted an opportunity to further their athletic career at all levels of collegiate athletics.  We look forward to following their athletic and academic futures. 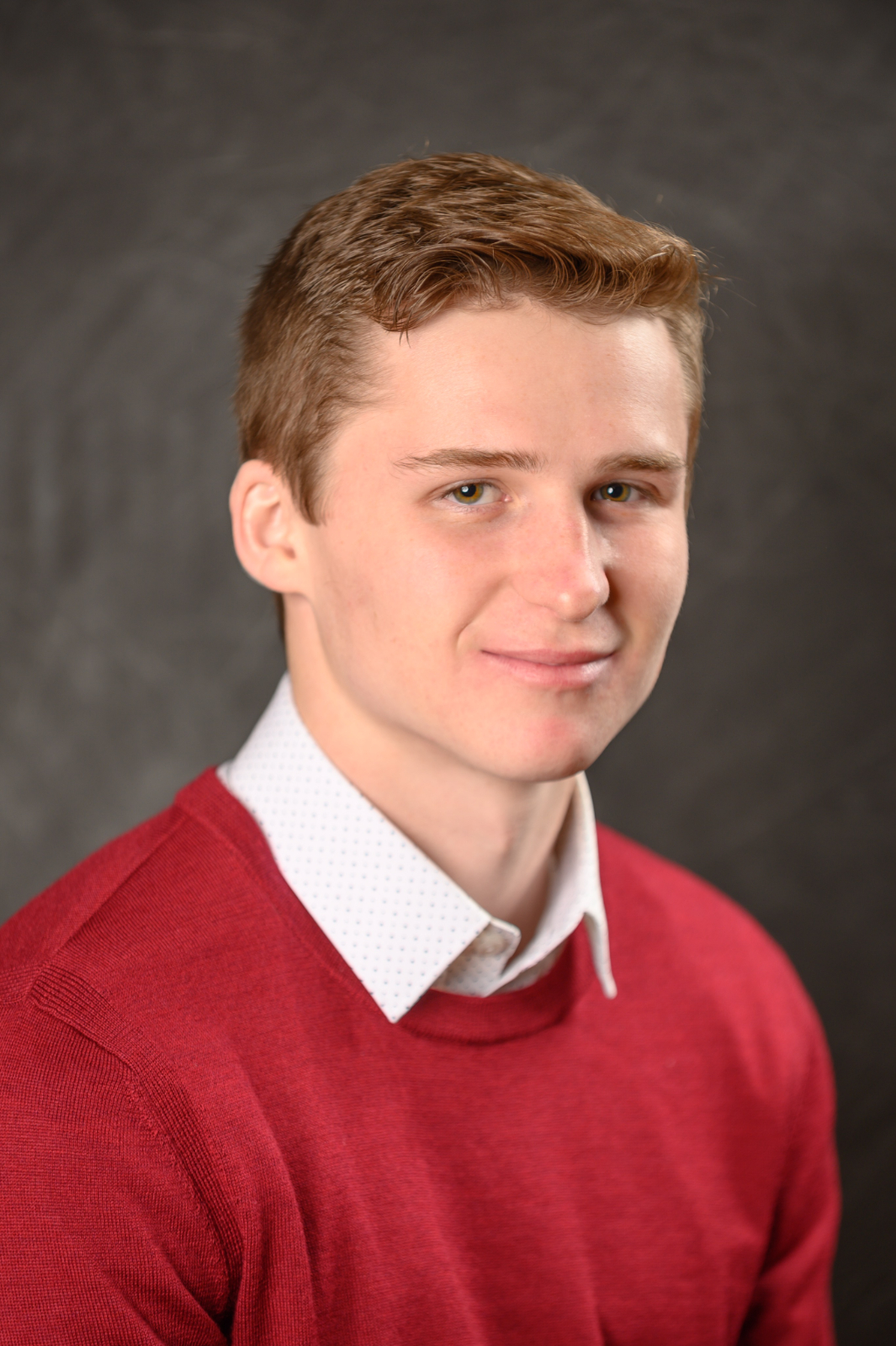 It is too bad that his senior season had to end like it did, but Bryce has the work ethic to take his pole vaulting career to the next level.  Good Luck Bryce.  Pole Vault Coach Butch Wenzel 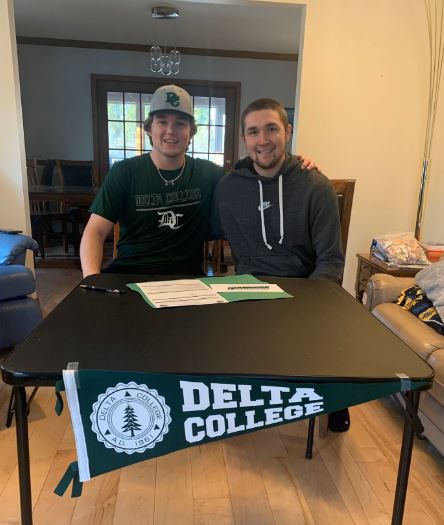 Jack found a good opportunity to showcase his skill set at Delta which has emerged as a contender in their conference.  He has the experience and ability to play three different positions (1B, C, P) and will see a chance to break into the line up immediately.  Good luck Jack!  Coach Eric Albright 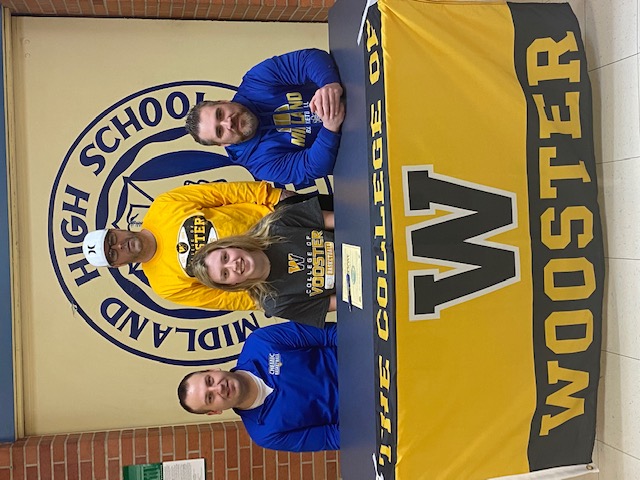 Alyssa is the ultimate teammate. She has always put the team and winning above any personal goals. Alyssa is the definition of what a Chemic is.  Coach Jaden Clobes 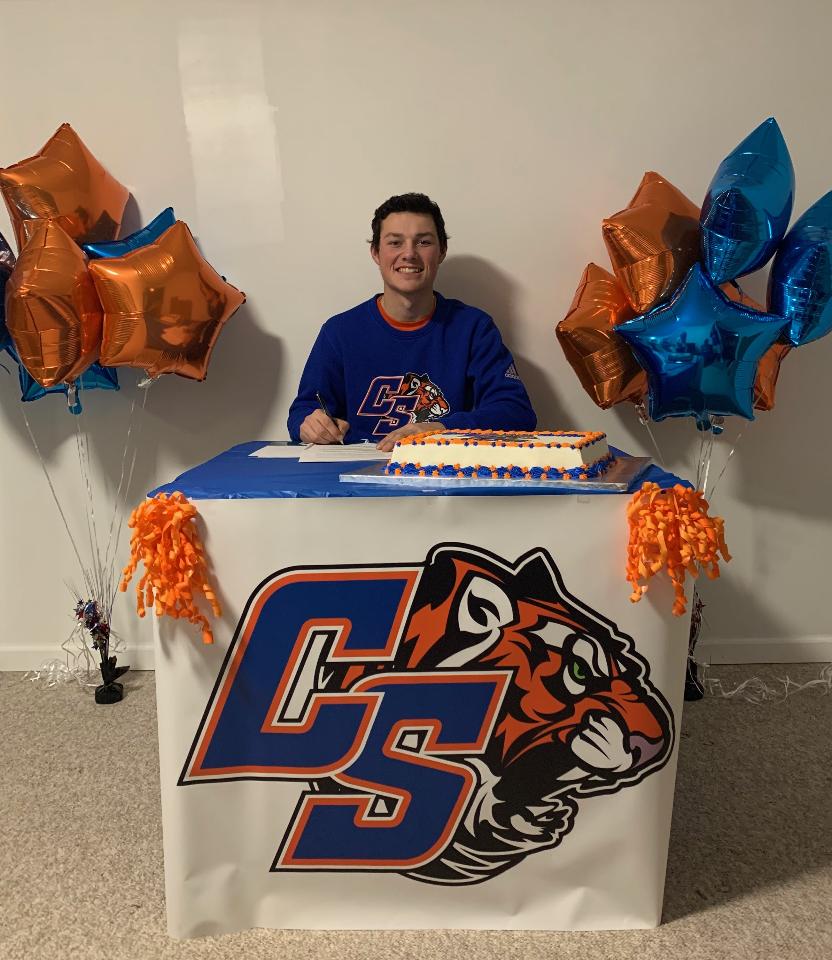 Griffin is a talented athlete who could have played at the college level in any number of sports. He will have an opportunity to make an immediate impact in the middle infield at Chattanooga and prove himself as a JUCO recruit into a four year program after his sophomore year. Good Luck Griffin! Coach Eric Albright 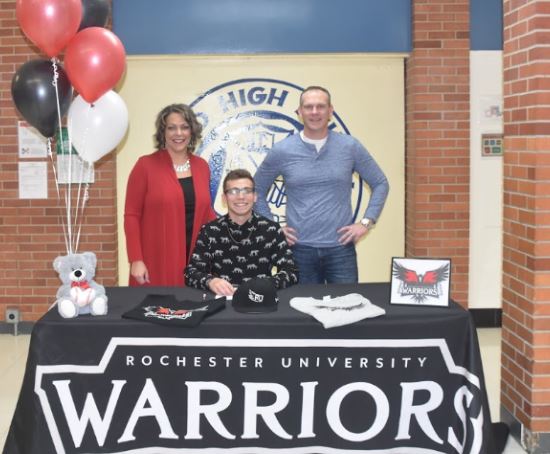 This is an exciting opportunity for Kaden to continue his baseball career. He worked hard after his junior year to show what he could do in 2020.  He did not have a chance to show his skills his senior year, but fortunately he will have the opportunity in college. Good Luck Kaden! Coach Eric Albright 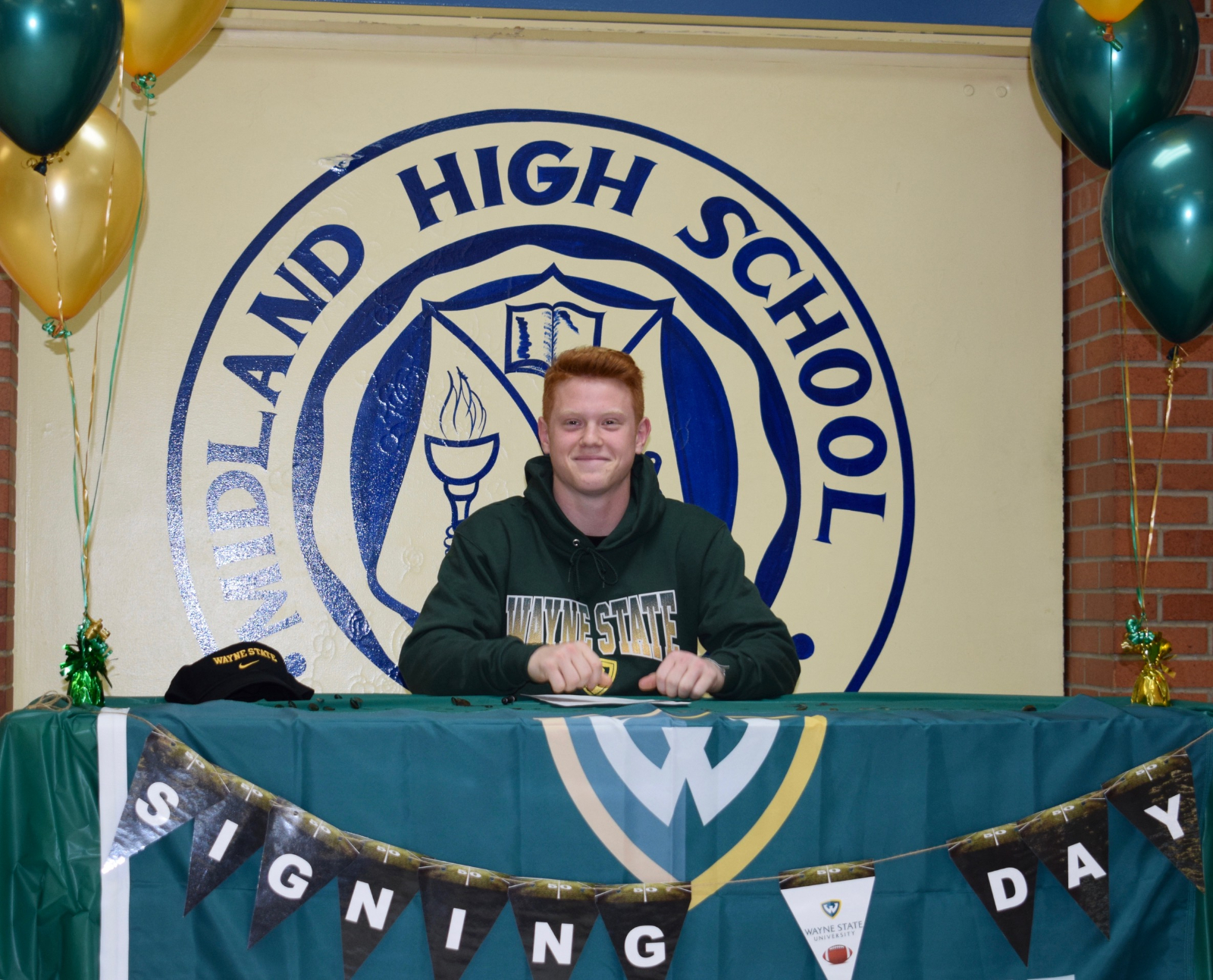 Congratulations, Maxx! The Chemic football program is proud of you, and wishes you the very best as you begin your college career.  Coach Eric Methner 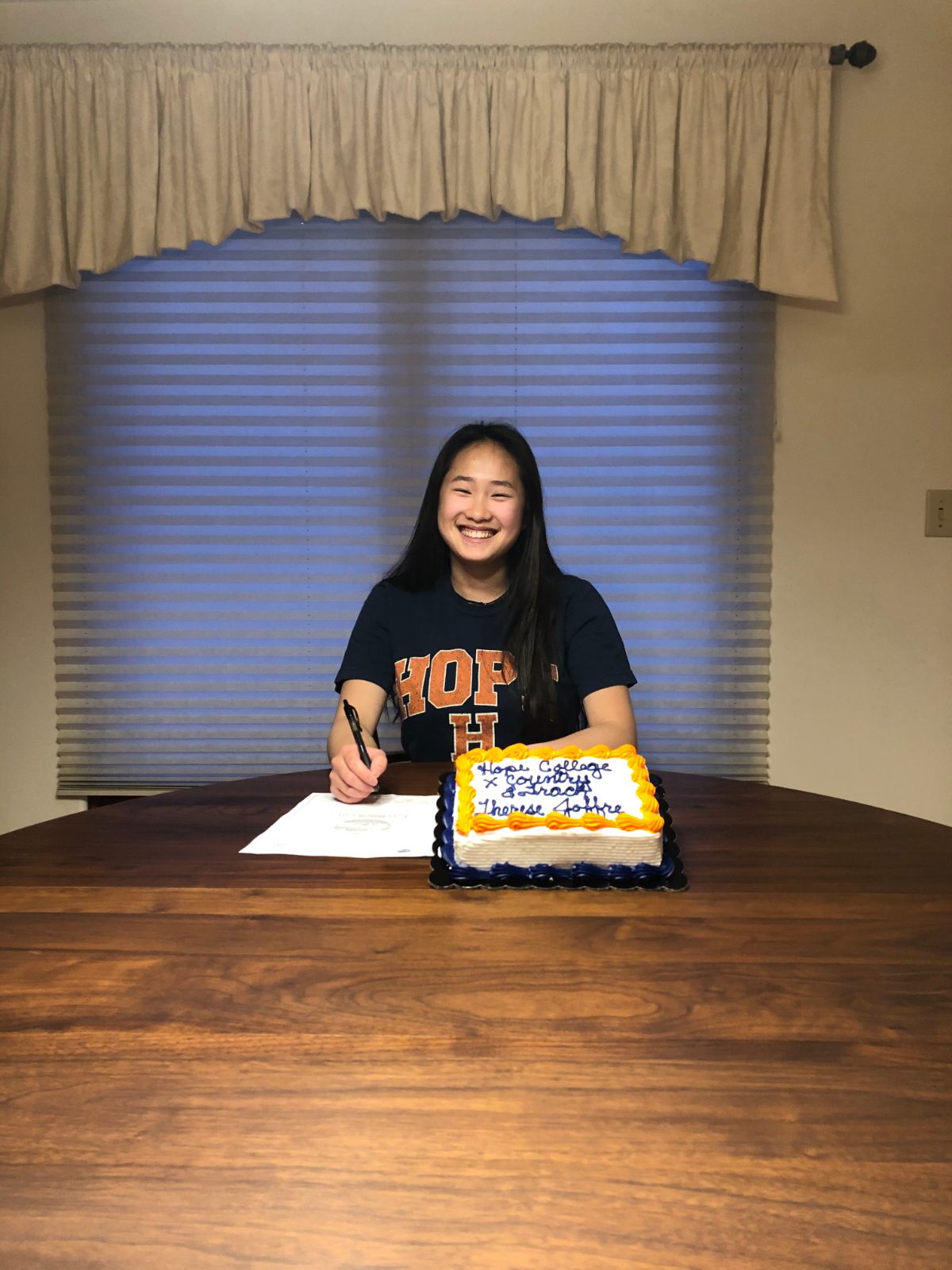 Therese is what I would call a natural leader. By that I mean that her peers seem to look to her for guidance and that the leadership role is one that she accepts comfortably.  Coach Marty Hollenbeck 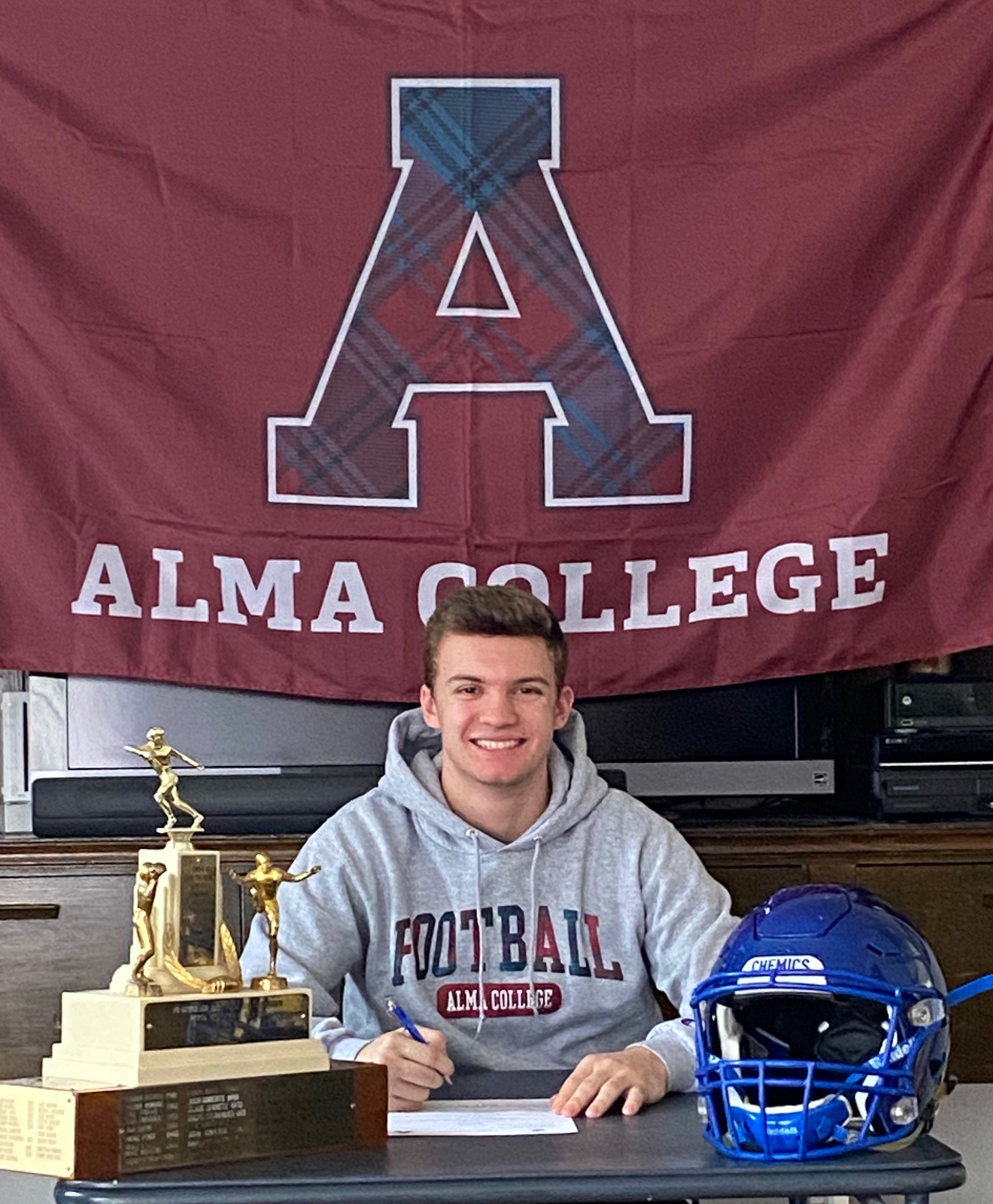 Congratulations, Tommy! The Chemic football program is proud of you, and wishes you the very best as you begin your college career.  Coach Eric Methner 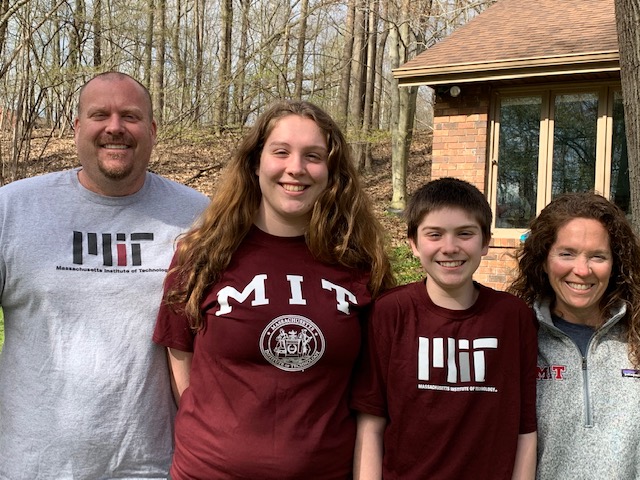 Erika’s dedication and knowledge of the discus technique will help her at MIT. I’m excited that she is attending the school of her dreams and can extend her track and field career there.  Coach Diane Sugnet 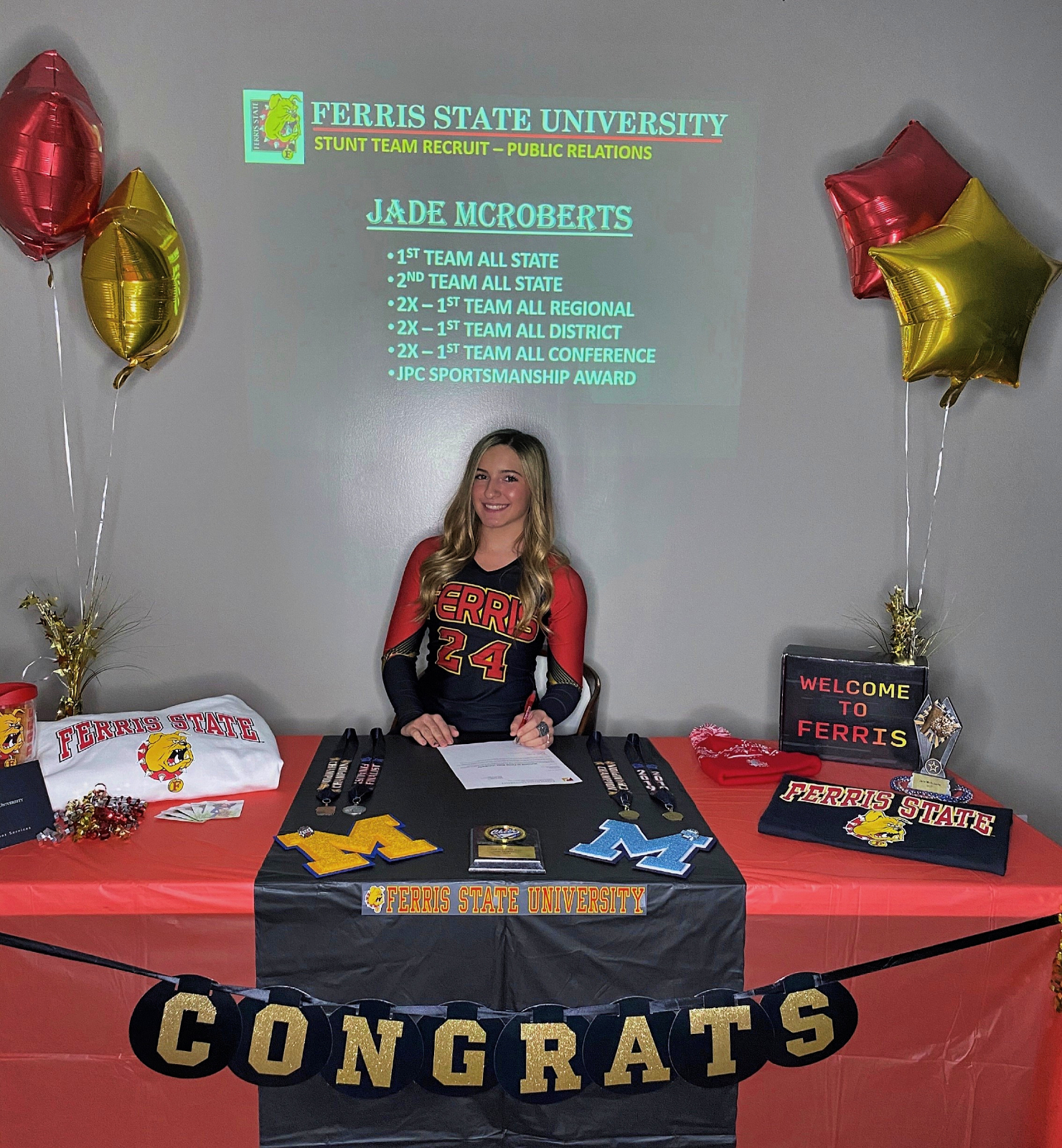 Jade is an extremely talented and hard working cheerleader, she is always the first person in the gym and the last person to leave! She loves the spot and strives to succeed! I can’t wait to see her succeed at Ferris state!  Coach Ben Fuller 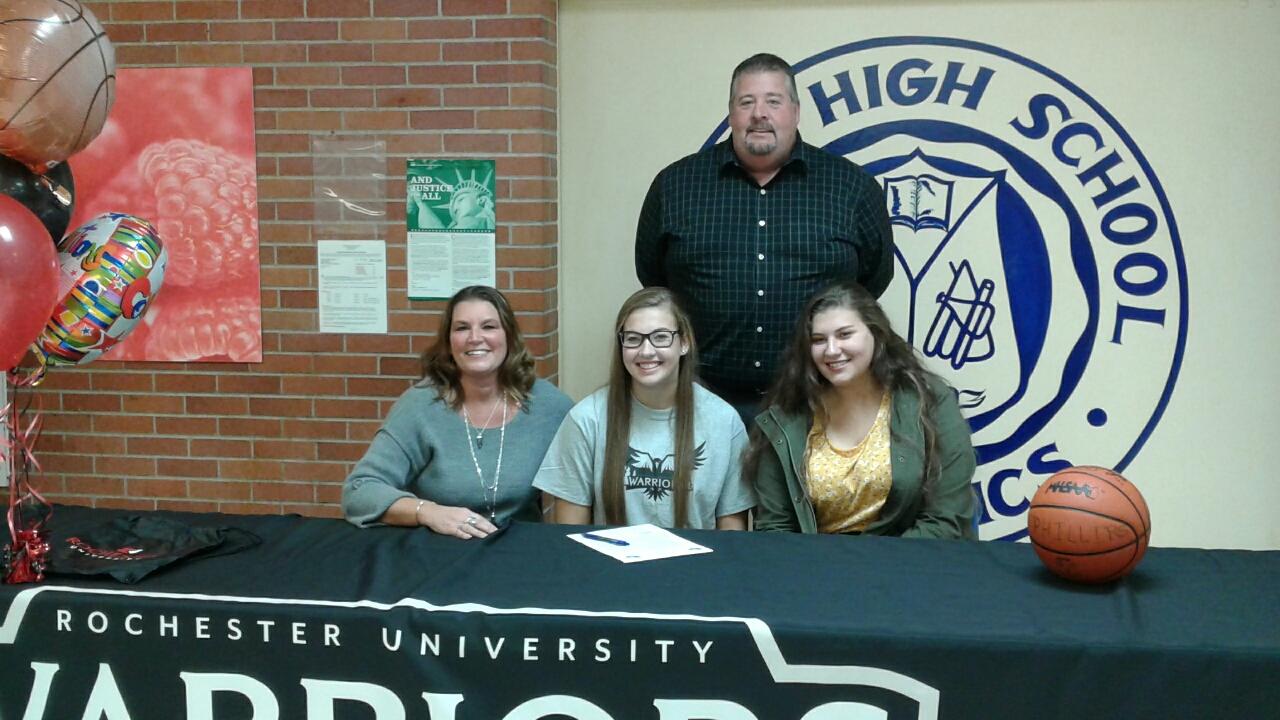 Jordan is a high-level player with a high IQ of the game. It was a pleasure to coach her for three years. She is one the best shooters and players I have coached.  Coach Jaden Clobes 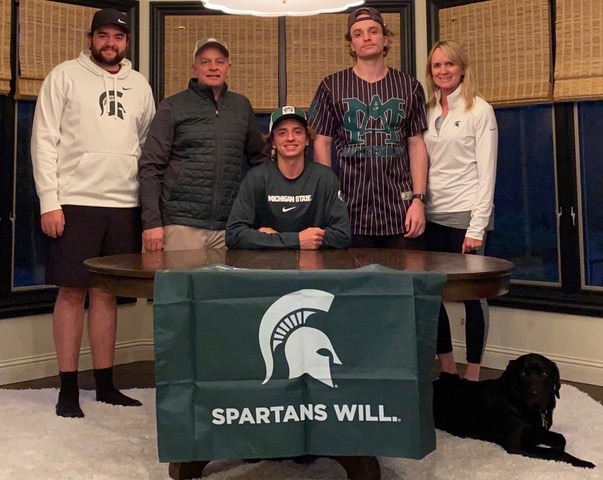 Tyler has been a model teammate through his consistency, determination and sportsmanship throughout his 4 years as competitor on the Cross Country and Track teams. His positive influence on our program will last well beyond his time here at Midland High and those same attributes will carry him to success in the next phase of his journey. Coach Andrew Plude

Tyler is an astute student athlete who learns quickly. He excelled in High School and I believe he will be an invaluable addition to Michigan State University. He earned the Saginaw Valley All Academic Award every year that he was eligible and also earned All State Academic Award in Cross Country. As an athlete Tyler was award 1st Team All State in Cross Country and was name 2nd Team All State in Hockey. Tyler will also earn 16 Varsity Letters at Midland High School which makes him the first in school history to do so.  Coach Marty Hollenbeck 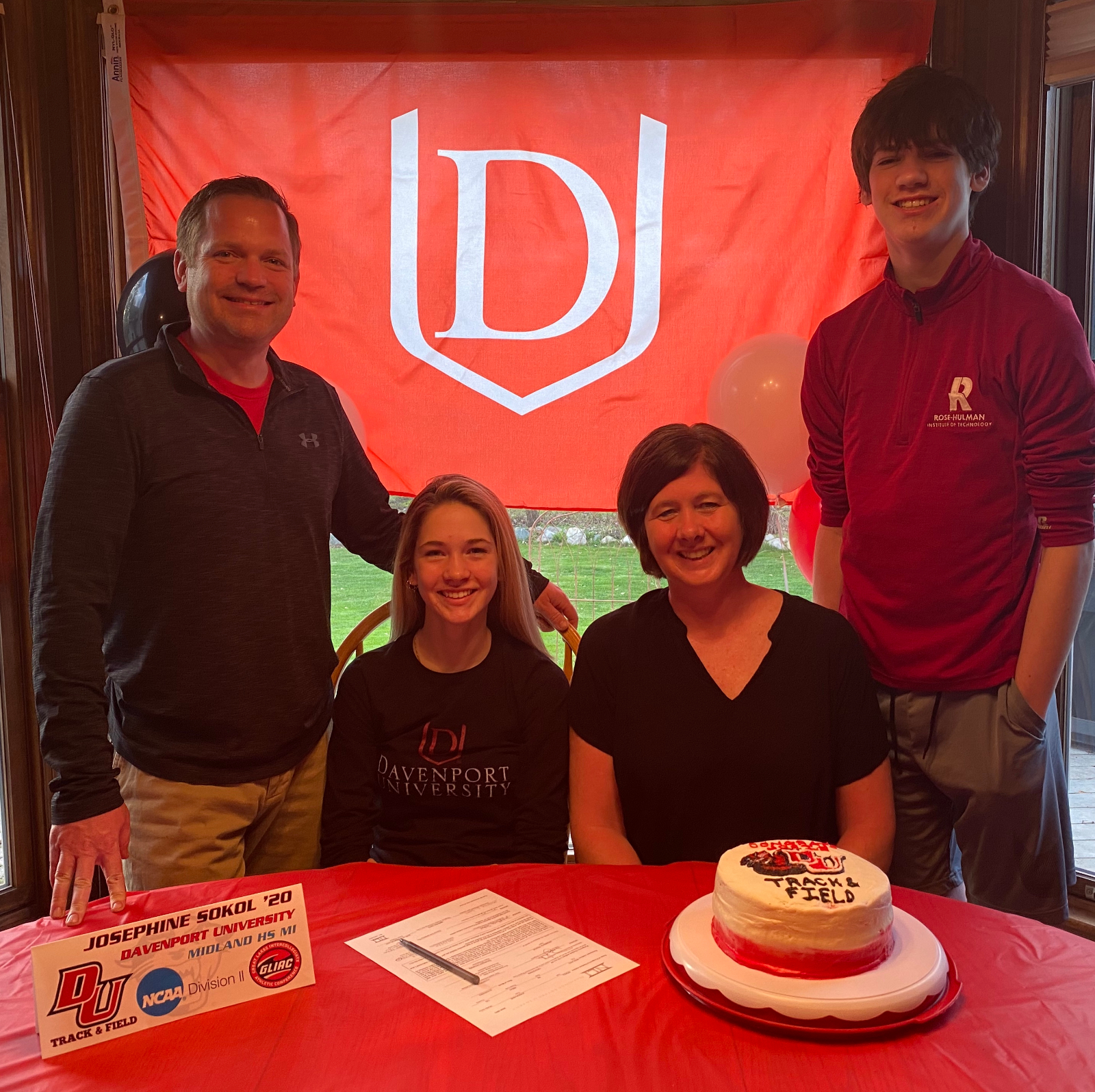 Josie has a good work ethic and a positive attitude which will help her tremendously at Davenport. I’m happy she can extend her track career and I’m excited to see what she can do at the next level.  Coach Diane Sugnet 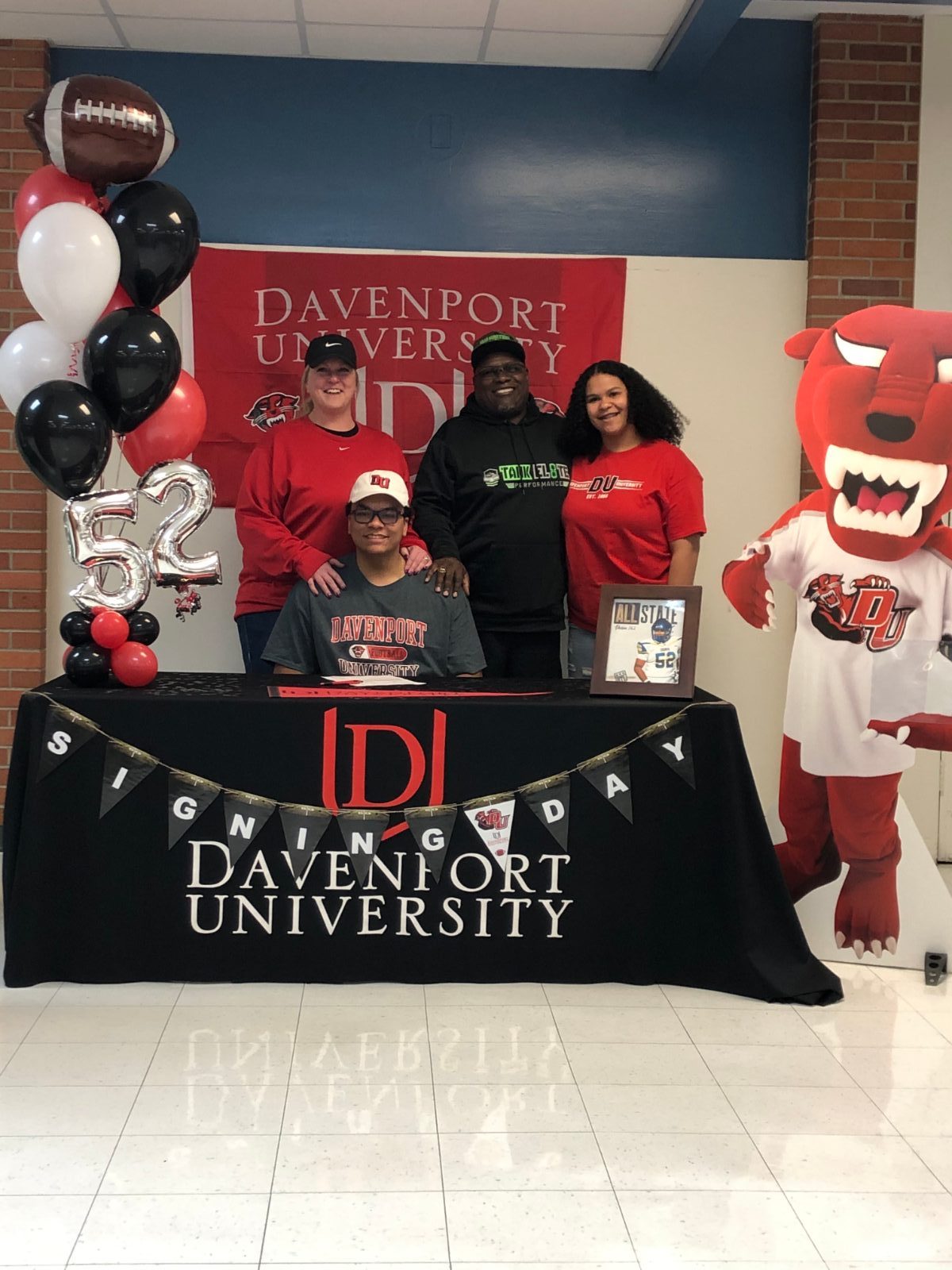 Congratulations, Solomon! The Chemic football program is proud of you, and wishes you the very best as you begin your college career.  Coach Eric Methner 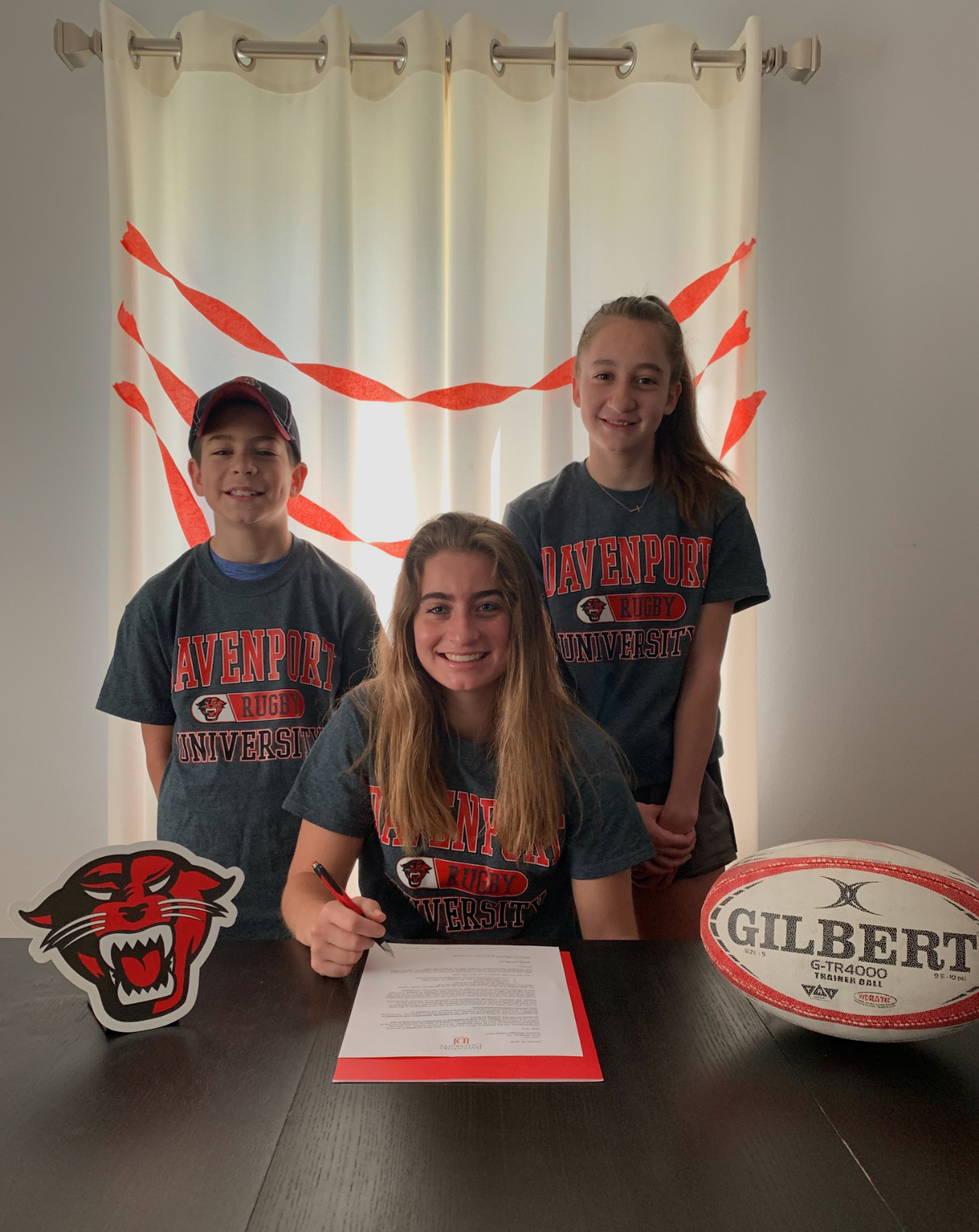 Tyra has the dedication and mentality to play college sports. I am thrilled that Tyra has a chance to continue her sports career at Davenport. Rugby is a new sport for her, but I am confident she will pick it up quickly and be successful.  Coach Diane Sugnet