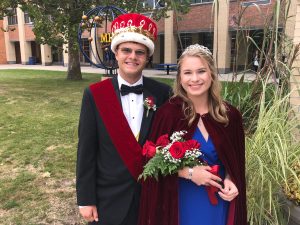 Irene Cline is the daughter of Sheryl Graves and Bill Cline.  Irene stays busy as a Drum Major of the marching band and Vice President of the Meister singers.  She has dedicated her life to music, as proven by the number of ensembles she is a part of outside of school.  She wanted to thank her friends and family for supporting her in her future plans of becoming a music educator.

Jacob is the son of Jennifer and Travis Miller.  Jacob is a proud member of both the varsity soccer team and Robotics team 5509 here at Midland High.  He is involved in Science Olympiad, and the Programming Club. 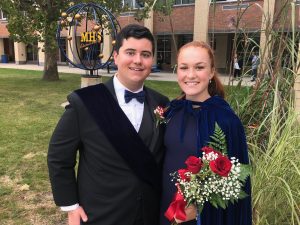 Ellie Wardell is the daughter of Sara and Nick Wardell.  Ellie is a well-rounded senior who participates in varsity cross country and soccer, student council, and is a member of the National Honor Society.  Outside of school she plays soccer for the Michigan Jaguars.

Jared Gonder is the son of Carrie Gonder.  Jarod is humbled to be a Drum Major of the MHS marching band, President of the National Honor Society, President of the Meister singers, a Chief Science Officer, Logistics Chair of the

Midland County Youth Leadership, and representative of the 2018 homecoming court.  He would like to express his appreciation for the members of his class and for being a part of Chemic pride. 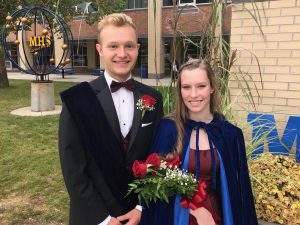 Bailey White is the daughter of Wendy and Tim White.  Bailey is an active member of the National Honor Society and enjoys volunteering throughout the community.  Bailey has also been on the Chemic Pom Team for three years and currently serves as a Varsity Pom Captain.

Nathan Streitmatter is the son of Kim and Matt Streitmatter.  Nathan is a part of the MHS cross country and track teams.  In addition to that he is the National Honor Society Vice President, President of DECA and Grants Chair of the Midland County Youth Action Council. He is also a part of the BPA and his church’s youth ministry.  Nathan is very thankful for his classmates and this opportunity to represent them. 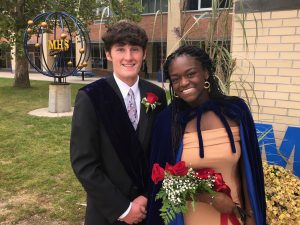 Adia Haynes is the daughter of Ayana and Leonard Haynes.  Adia is a proud member and co-captain of the varsity basketball team and track and field team.  She stays involved as an active member of the National Honor Society, Kick Off Mentor, Ambassador Program, Kiva, and the Key club.

Tim Hackbarth is the son of Patricia Clancy and Mark Hackbarth.  Tim is a dedicated actor, and a member of the National Honor Society, the varsity football team, and the varsity baseball team here at Midland High.  In his free time Tim enjoys writing music and spending time with friends.  Tim plans on going to a university to pursue a degree in the fine arts. 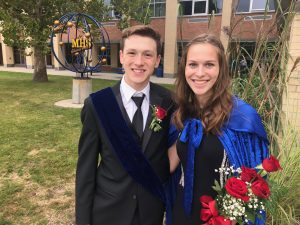 Edie Haase is the daughter of Lisa and Kent Haase.  Edie is a member of the varsity volleyball and track teams at MHS.  She participates in the Kick Off Mentor Program and is competing in the AH Nickless Innovation award competition.  She also competed at the State DECA competition last year.

Isaak Zimmerman is the son of Amanda and Jeffery Zimmerman.  Isaak is actively involved in the K.O. Mentor Program.  In his free time he enjoys playing the guitar and working at Great Lakes Ice Cream. 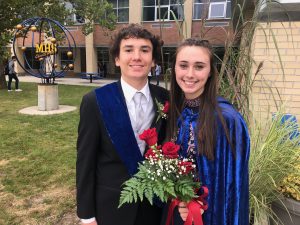 Olivia Carpenter is the daughter of Terra and Michael Carpenter.  Olivia is currently on the Varsity Chemic Volleyball, basketball and track teams.  She is a proud viola player in the symphony orchestra and is involved at Midland Free Church.

Jarrett Wagner is the son of Nicki and Jeremy Wagner.  Jarrett is currently a member of the Chemic football, basketball and baseball teams.  He also is a member of the BPA. 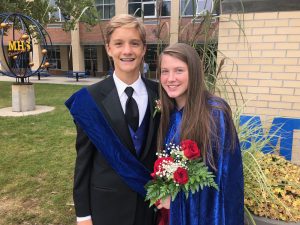 Savanna Willis is the daughter of Amie and Mitch Willis.  Savanna participates on the J.V. Volleyball team, the Soccer team and is also a member of the Student Council at Midland High.

Mitchell McMath is the son of Angela and Mike McMath.  Mitchell is currently running on the cross country team and intends to join the MHS swim team in the winter.  He marches in the MHS marching band and is also a member of the Student Council.  Mitchell is looking forward to getting involved in the MHS Drama program.